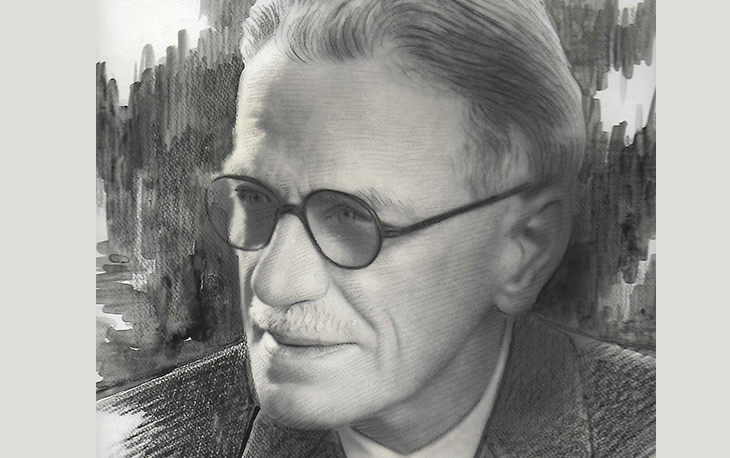 As Services of Remembrance take place in towns, villages and former battlefields across Britain and Europe to mark the 100th anniversary of the Armistice, John Nodes Funeral Service of North Kensington has more reason than most to remember the fallen.

In the last week of October 1920, the British Undertakers Association was asked by the Government to make the casket for the Unknown Warrior to be transported from France and buried in Westminster Abbey.

The National President of the Association at the time was H Kirtley Nodes, the fourth generation of his family to enter the funeral profession and whose father, John Nodes, had buried Prince Louis Napoleon.

Kirtley Nodes proposed that the Association, forerunner of the National Association of Funeral Directors, should gift the casket to the nation. Members were asked to contribute one shilling (5p) per head to the appeal.

It was Army Chaplain, Rev David Railton, who suggested to the Dean of Westminster that an unidentified fallen soldier be transported from Flanders.

The soldier represented all those who died on the First World War battlefields, whose bodies were never identified, providing a focus for their grieving families. This symbolic event captured the hearts and minds of the nation.

After the initial meeting with HM Office of Works, Kirtley Nodes gave an account of the casket specified for this act of Remembrance. “The casket was to the design of a 16th century treasure chest, made of two-inch English oak. It was mounted with four pairs of hammered wrought-iron handles.”

The casket and ironwork were completed in just over a week and transported to Westminster Abbey in John Nodes’ Rolls Royce hearse to remain overnight before being driven to Charing Cross station for loading onto the train.

Kirtley Nodes and John Sowerbutts, Secretary of the London Centre of the Association, had the honour of escorting the casket to Boulogne.

On Tuesday 9 November, they were driven to the chapel of the old chateau in Boulogne. The body of the Unknown Warrior was brought there in a battle-scarred military ambulance covered with the Union flag provided by Rev David Railton.

The body had been chosen by Brig Gen Louis John Wyatt, the officer in charge of troops in France and Flanders, from a number of British servicemen exhumed from four battle areas – the Aisne, the Somme, Arras and Ypres.

The following day, Boulogne harbour was thronged with people as the casket carrying the Unknown Warrior was transferred with pomp and ceremony to the Royal Navy destroyer HMS Verdun. It was accompanied by six British destroyers and four French cruisers as it left France.

At Dover Harbour, bands sang Land of Hope and Glory as the casket was carried ashore. John Sowerbutts described the train journey: “All the way up at every station are crowds; by the crossings, on the bridges out of the darkness, white faces peer as we speed with our treasure to London.”

Kirtley Nodes received a letter of thanks from Sir Lionel Earle of HM Office of Works, which stated; “On all sides I have heard nothing but praise for the admirable way in which the duties entrusted to you were carried out.”

More than one million people came to pay their respects to the soldier who represented all the sons and husbands lost on the battlefields of Northern Europe. During the interment ceremony in Westminster Abbey on 11 November 1920, King George V placed a wreath of red roses and bay leaves on the coffin.

Kirtley Nodes and John Sowerbutts always remained modest about their role. So too did the Rev David Railton. His grandson, David Railton QC, said his grandfather rarely talked about his involvement in creating this powerful symbol, for him it was part of his work to try to support and console grieving families.

“When he notified families of the loss of their loved ones, it was particularly upsetting for them to have no body or grave as the focus for their grief, only a map reference for their last known location,” he said. “As so many families were unable to get across to Europe to see where their loved one fell, the tomb of The Unknown Warrior became important to the whole nation.”

John Nodes Funeral Service, which has branches in Kensal Rise, Harlesden and Cricklewood in addition to its historic Ladbroke Grove funeral home, was run as a family business for six generations, serving families in North London for 190 years.

It is now one of the longest-established businesses to be part of Funeral Partners, the third largest funeral business in the UK. Regional Development Director John Cheeseman, who worked with former owner Michael Nodes when he sold the business, said: “Mr Nodes was immensely proud of the family connection with the Unknown Warrior.

“He was passionate about serving the community and about the family’s long tradition of military service, with a family member being awarded the Military Cross for Bravery in World War Two. That connection with the community remains at the heart of John Nodes Funeral Service.”